The best week of European Football ever. 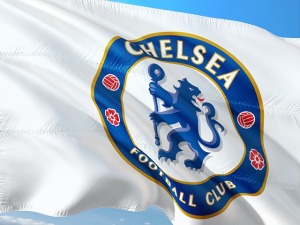 I thought the 2 earlier games when Liverpool, and Spurs won were amazing games, but yesterdays 2 just hit a climax.

Valencia were at home to Arsenal, and were losing 3 – 1 to Arsenal on the first leg.  The final score for both games was Arsenal 7 Valencia 3.  Valencia scored first, so hubby and I were all upset.  The Aubameyang scored the 1st of his hattrick.  In between Valencia scored a 2nd, and Lacazette one for Arsenal.  What a brilliant second half for Arsenal.  They were on fire.

At the same time Chelsea were at home to Frankfurt, and the first leg was a 1 – 1 draw.  I was watching this one too, on my large screen laptop.  Chelsea were the first to score, and had so many chances that they could have been winning by several goals.  Then Frankfurt scored to make it 2 – 2, on aggregate.  After 90 minutes, they had to play a further 30 of extra time.

By this time the match had finished on the television, and they had switched to the Chelsea game.  No more goals, so it ended up with penalty kicks.

So the finals will be Arsenal – Chelsea in the UEFA Europa League.

Does anyone know if 4 English teams have done this previously.  So proud of them all.

This site uses Akismet to reduce spam. Learn how your comment data is processed.